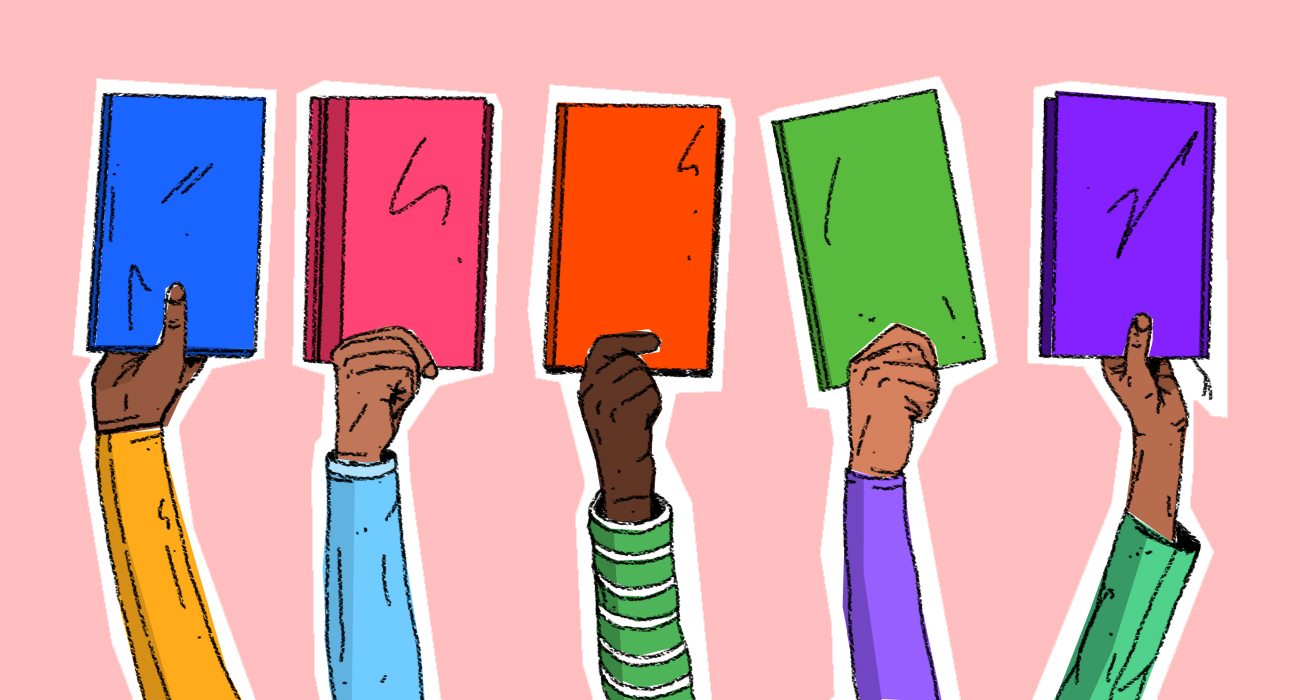 Over the past couple of years, ‘BookTok’ has become a major force in the publishing world. The TikTok community has successfully pushed books to the top of The New York Times bestseller list through moving, often humorous, reviews and effusive praise. These books – many of which were published years before – often end up selling out in retail stores.

Publishers, realising the potential of BookTok, now send packages of books to the most popular BookTokers to review for their audiences. Stores such as Barnes and Noble have created devout sections for ‘BookTok’ famous titles and a growing number of publishing houses such as Penguin Randomhouse and Harper Collins are establishing TikTok accounts to market their books. Last year, when the British publishing house Bloomsbury saw that profit growth was up 220 per cent, its CEO Nigel Newton put it down to the “phenomenal impact of TikTok”.

The fact that “Trending on TikTok” is a bookstore display section just made me crumble into dust pic.twitter.com/FO248HoZKb

But while BookTok has been an enormous boost to white authors and reviewers, the same cannot be said for their Black and brown counterparts. Last December, TikTok user @sorryimalwaysbooked, real name Tania, called out the BookTok community for always discussing the same books by the same white authors. In the now-viral video, Tania writes: “It is called BookTok because every book is mid. Spicy books, mid. Posting the same books by ‘yt’ authors over and over again, mid.” Liked over 116,500 times, the video encouraged readers in its caption to “head on over to #BlackBookTok”, and reignited a conversation about diversity within the BookTok community and beyond.

Kimberly Nwokorie owns one of the most popular Black BookTok accounts, with 106,200 followers. The 21-year-old uses her TikTok to review books by mostly Black authors. “Everyone wants a story they can relate to, and when that option isn’t present, it is very isolating,” she says.

As Kimberly points out, “the lack of diverse books on BookTok reflects the lack of diversity in publishing at large”. According to a 2019 survey, 76 per cent of publishing staff are white and only five per cent self-reported as Black. This disparity is reflected by the percentage of books by Black and brown people: a study by the New York Times revealed that only 11 per cent of books published in 2018 were written by people of colour. In 2021, only 22 of the 220 books that appeared on The New York Times’s best-selling book list were written by people of colour.

The lack of diversity on BookTok also speaks to a wider problem within the app. The marginalisation of TikTok’s Black community is, unfortunately, nothing new. Black creators are at the helm of some of the app’s most viral trends, yet Black creators do not earn nearly as much money as their white counterparts or get the same opportunities. This culminated in a strike last year when Black creators refused to choreograph new dances, saying that non-Black influencers use their work, reaping the financial and personal gains earned from views, while failing to acknowledge or give credit to originators. Black influencers have also said that TikTok’s algorithms keep their communities from reaching the full potential for their videos. Likewise, Kimmy claims that the app “tends to repress black BookTok creators”. It is perhaps unsurprising, then, that Black BookTokers are having to fight to make their voices heard.

Torri Reed, who runs the account @blackromanceconnoisseur, says she is determined to create content that is authentic to her, rather than worrying about the kinds of videos favoured by TikTok’s potent algorithm. “There is a cool community of Black romance readers and industry professionals [on TikTok], and that is who I make content for,” she says. Black BookTokers such as Reed use their platform to encourage people to engage with Black authors in myriad ways. They are curating lists to help people get started with Black fiction, to read more diverse love stories, and showcasing Black women authors. Many Black BookTokers are also creating book clubs and reading groups to encourage people to enjoy more diverse books.

Part of the problem many Black BookTokers want to address is the often limited view people hold of Black stories. At $1.44 billion in sales per year, romance is the best-selling genre, nearly double the next highest genre of crime/mystery at $728.2 million. This is reflected by the enormous popularity of the genre on BookTok: the hashtag ‘romance books’ has over a billion views on TikTok and romance books are one of the most talked-about and reviewed on the app. But Black romance books do not receive anywhere near the same level of attention as those penned by white authors, a fact which is well-documented.

This largely comes down to the tendency to view Blackness through the prism of racism and slavery. As Frankie Reddin, writing in Harper’s Bazaar, pointed out: “this allows non-Black audiences to distance themselves from stories about slavery, race and history simply because they happened in the past and are not explicitly connected to their current world”. However, “with contemporary, positive stories” – such as ones about romance and joy – “one has to engage with Black people”.

This failure to engage with the fullness of the Black experience is reflected by BookTok. “When I first joined TikTok, the few Black books that were talked about were about trauma,” Sandra, a book reviewer, told Huck. “This was so shocking to me, because there would be books by white romance authors and one book about a traumatic event that happened to a Black person. And it isn’t because Black romance books aren’t out there, because they are. There are a few Black BookTokers I follow who talk about romance books by Black authors and because of TikTok’s algorithm, that’s the content I see now – but I know that is not the norm [on BookTok].”

i only recently discovered spicy black booktok and let me just say that the dolls have not steered me wrong yet. pic.twitter.com/pqNzeds2sR

There are, of course, plenty of Black authors writing romance fiction (Sandra cites Katrina Jackson, R. M. Virtues, Rebekah Weatherspoon and Christina C. Jones as among her favourites). And while there has been some progress, with Kennedy Ryan being the first Black romance author to win a RITA (the highest honour a romance author can receive) in 2019, as BookTok shows, there is still a long way to go when it comes to celebrating Black writers.

The belief that stories about Black joy and love are just as important as other types of stories is a sentiment shared by Reed. “In my opinion, one of the best reading experiences is finding yourself represented in romance books,” she says. “We know that we are worthy of love, worthy of healthy relationships – and Black romance books reiterate that message. Black romance authors have an amazing talent of spinning stories of love, friendship, self-discovery, and incorporating cultural references that only we understand.”

According to Reed, the reception to her videos proves the high demand for books about Black joy. “The comments I receive on TikTok are the best part about posting videos,” she says. “Most comments are readers affirming the books posted are good reads, readers humorously complaining about their ever-growing ‘to-be-read list’ and asking for more book recommendations. I get asked for personalised book recommendations from people seeking LGBTQ Black romance, Black romance with polyamorous relationships, and books that end with happily ever afters.”

TikTok has the potential to open people’s eyes to the full spectrum of Black literature – not just books revolved around racial politics. If the platform amplifies the voices of Black BookTokers, it could also help to transform the publishing industry at large. Until that happens, Black BookTokers will continue to fight for everyone to feel seen.